As COVID-19 restrictions dragged on into several months, Al Falco and his wife, Wei, set out in search of a four-legged companion for their high school-age daughter.

“I was [already] accustomed to having pets around,” Al says. “I finally acquiesced and let our daughter have a pet during COVID, because a great many of these kids were losing their social life—they had nothing, and they couldn't be with friends or anything like that.”

Al and Wei were pretty open minded about the kind of pooch they wanted to adopt. They were looking for a companion, one who was friendly and, ideally, not too big. After some deliberation, they settled on a Labrador retriever.

The pooch, named Sherlotte, took up a bit more sofa space than expected. But her personality shone through and made that all okay. Al adds, “She's very friendly, that's the big thing about her … that’s why I took to the breed … they're kind of dopey in a good way, but they're very friendly. They're extremely smart dogs.” 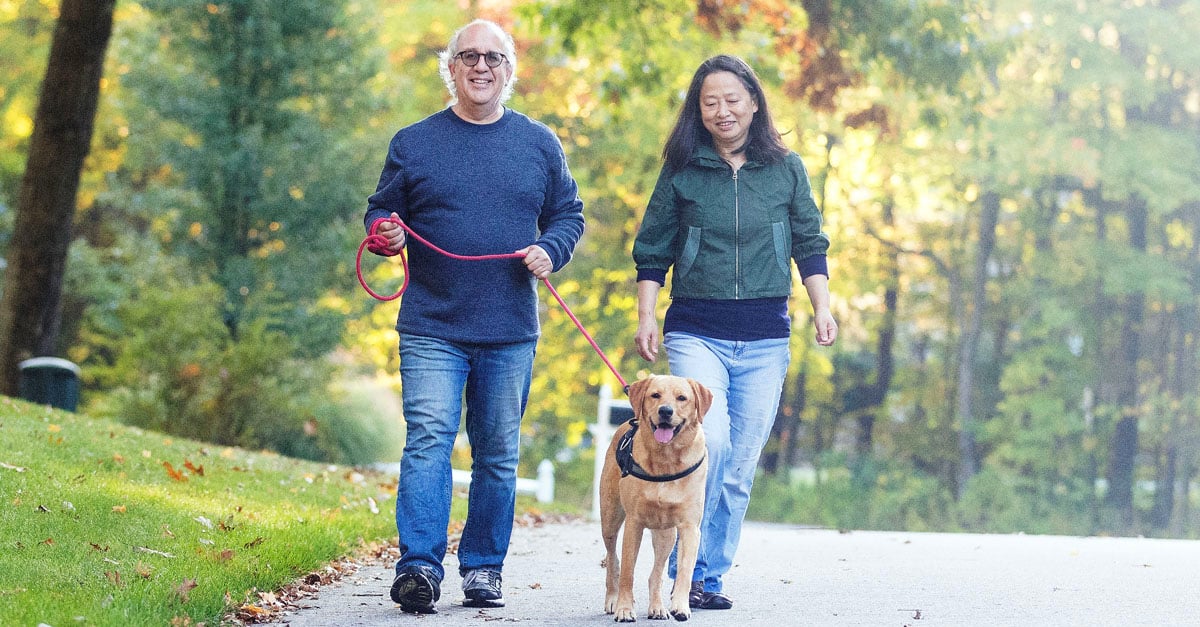 Like many Labs, Sherlotte was very social and very athletic right from the start. Al started taking her on long daily walks, so she could work off her energy and explore her surroundings.

“As all parents find out, shortly after they stop being puppies, the kids no longer really pay attention, and it becomes dad’s job—and primarily the dad's job—to take care of the dog,” he says, laughing.

Fortunately, the local community is very dog friendly, and Sherlotte quickly joined up with the neighborhood pack.

“You know, she plays with all the dogs in the neighborhood…. There are probably about 25 dogs in the immediate areas where I live. We're an extremely dog friendly environment and there's a lot of them.”

But one day, while on their daily jaunt around the neighborhood, Al heard an unexpected yelp—and was horrified to see his beloved Lab slide into a massive sinkhole.

Way down in the hole

“[The utility company was] upgrading the electrical grid in our neighborhood,” recounts Al. “They had the excavating equipment there and they had to really dig some pretty deep, large holes. At night they would just fill it with beach sand, and they didn’t really pack it properly.”

Little did anyone know, several days of heavy, sustained rain changed the structural character of the sand fill. Al and Sherlotte went out for their regular walk, unaware that this large construction site was now littered with deep, dangerous sinkholes.

Al continues, “I was out walking her and boom! —her backside just went. She just sunk into this hole and fell through … half of her body was in and she’s kind of trying to scramble out.”

Al sprang into action to grab Sherlotte and pull her from the dangerous hole. This wasn’t easy given her size, but Al’s quick thinking saved the day.

The suddenness of the experience sticks with him to this day: “It was kind of like, ‘What the heck is going on?’” he remembers. “A lot of times you’re walking your dog and you’re just looking around and … you know, then suddenly my dog is yelping and scrambling to come up, and I see her hind legs kind of below ground.

“Your first reaction is shock and then your second reaction is, like, ‘These jerks, you know, they should have done a much better job of filling these holes in.’ You sit back and say, ‘What if this was a 6-year-old kid that this happened to and they broke a leg?’” he adds. 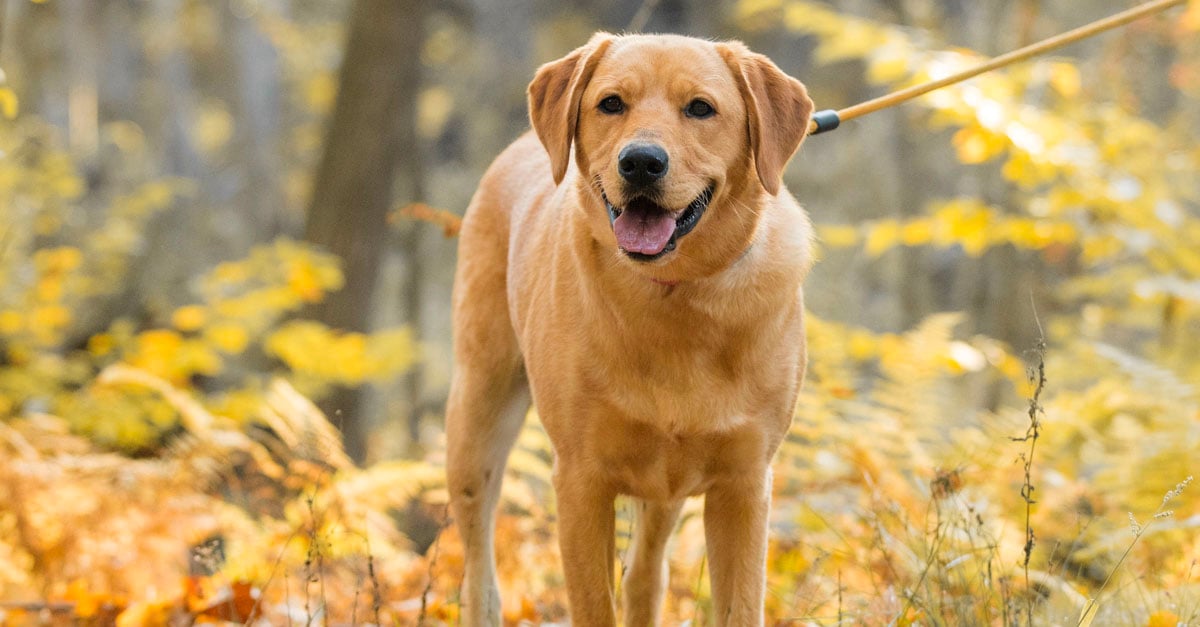 Having rescued Sherlotte from the muck, Al took stock of the situation. At first glance, she was okay, but soon he realized that his pooch was limping pretty seriously. Al realized she must have injured her foot trying to scramble out of the sinkhole, so he took her to a nearby animal hospital.

The veterinarian on duty took a look at her injured leg, and prescribed medication to relieve her pain and bring down the swelling. She was sent home to recuperate. After a few weeks, the swelling had gone down, but Sherlotte was still limping around the house and unable to walk for any long distances. Al brought her back to the animal hospital to find out what was wrong.

Sherlotte was referred to an orthopedic surgeon who ran a battery of tests on her foot and ankle—and discovered just how serious the injury really was. Sherlotte would need pretty extensive surgery to recover full use of her foot, including the removal of torn cartilage and a bone fusion.

“Despite her injuries, thank goodness Sherlotte’s experience was a result of the sand trap and not an electrical line,” said Dr. Jules Benson, Nationwide’s Chief Veterinary Officer. “We’re all so glad she’s doing well, but I must say: It’s not every day one of our pets encounters what was essentially quicksand.”

The road to recovery

Some months later, Sherlotte has recovered from her injuries and is back on the scene with her youthful vigor. She’s busy exploring around the neighborhood, smelling the smells and chasing the squirrels—and giving wide berth to any mysterious holes in the ground.

“Andover Animal Hospital is a really good organization. It is family owned and operated for probably the last 40 years. The surgeon did all she could and doesn’t see any permanent disability for Sherlotte,” says Al.

Protection when it matters most 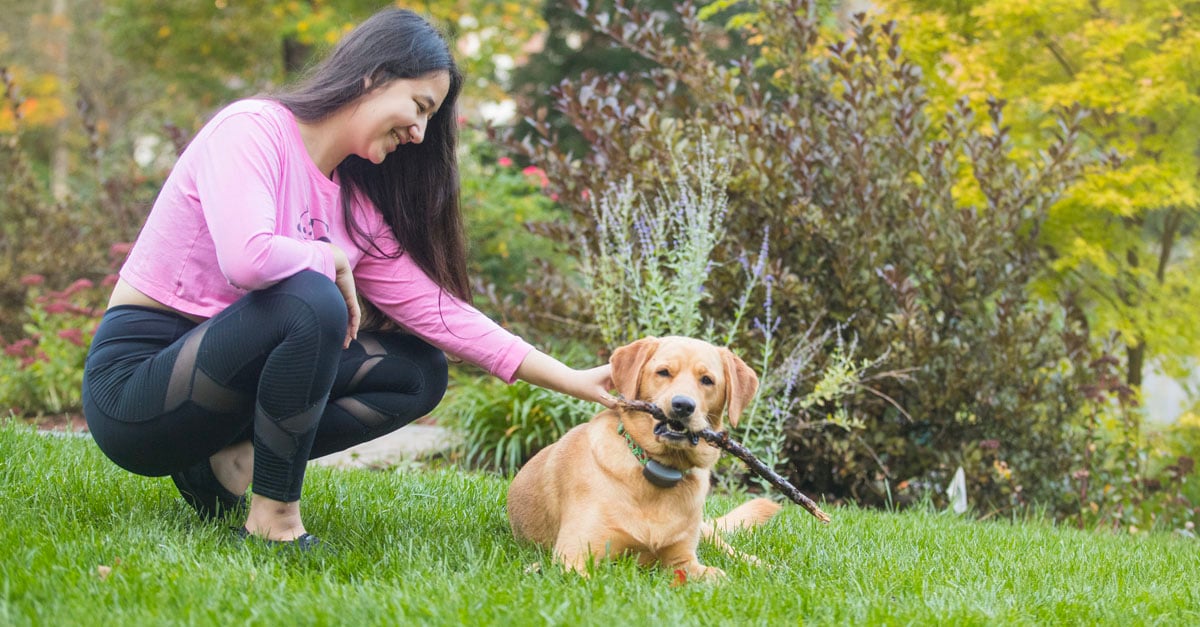 Al’s community is very dog friendly, and many of the pup parents know one another from their daily walks. After Sherlotte’s fur-ightful experience, he’s become something of a spokesman to others in the community for getting pet insurance.

“It’s a benefit my employer offers, and it’s fairly cost effective,” Al says. “Knowing that my Labrador retriever mix will chew on anything, I thought it’s something I probably should do.”

He continues, “That’s kind of what [pet insurance] is to me, it’s the peace of mind. I didn’t go out that day expecting my dog to fall into a hole, but she did—and I’m glad I had the insurance to help cover it.”

January 1st is when many people decide to try something new—a new diet, hitting the gym ...

Watch out for these surprising holiday pet hazards

Sugar gliders are part squirrel, part hang glider—and all the way adorable. These ...

Choosing the best small mammal for your home

The holiday season is a popular time to adopt small animals into your home. Your new ...