Even the perfect dog has their … moments. Meet Griffin, a mixed-breed pooch who bit off more than he could chew at a summer barbecue—and wound up with a wound that just wouldn’t heal. Fortunately, the loving care of his mom, Karen Perille, helped him through it all. 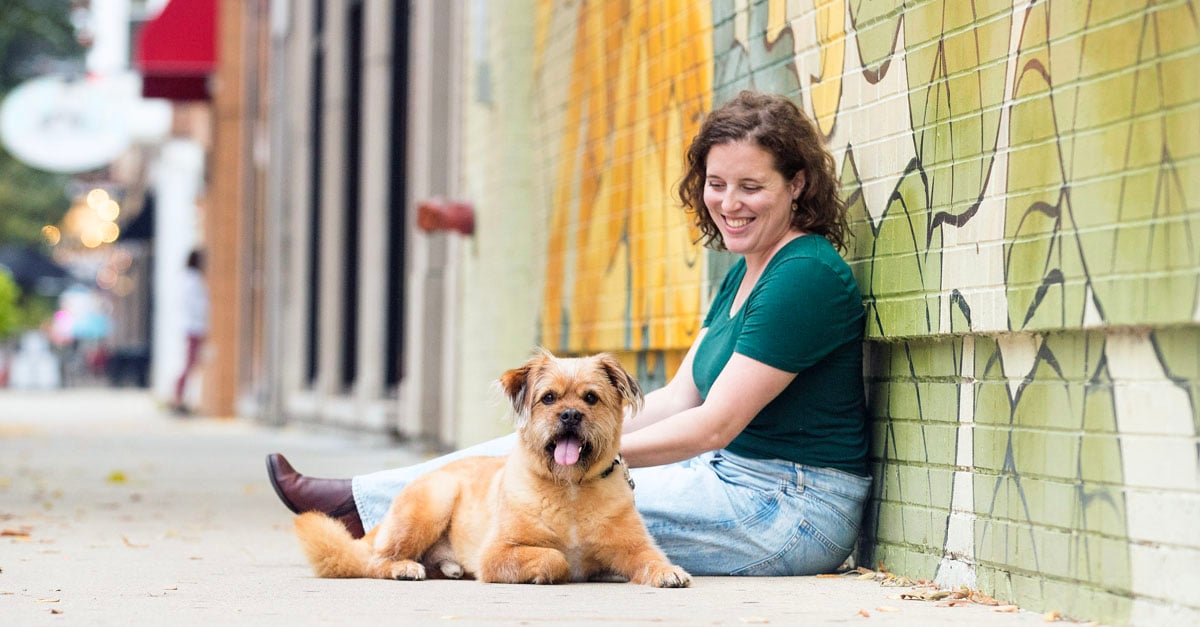 Chicago native Karen had a deep connection with the city of St. Louis long before Griffin came along. She went to school there and retained many strong friendships in the area. Having settled back in the Windy City, Karen started thinking about adding a four-legged friend to her family.

Little did she know at the time, Griffin had already started making inroads to her friend group back in the Gateway City.

“One of my good friends went to this bonfire, and this woman was there—she had her foster dog [from Stray Rescue in St. Louis], and she was trying to get someone to adopt him. And my friend was like, ‘This was the cutest, fluffiest, scruffiest, lovable dog,’ but she wasn't in the right place to adopt a dog, so she didn't end up going for it.”

At the same time, Karen was casually looking over the Stray Rescue listings. She felt an instant connection with one pooch—a particularly fluffy, scruffy and lovable looking one.

“When I sent her the picture of Griffin, she's like, ‘That's the dog that I met!’”

With that added personal reference and a touch of serendipity, Karen knew she was on the right path.

Karen reached out to Stray Rescue to inquire about Griffin. They scheduled a meetup at his foster home. Upon arrival, she felt an immediate connection that sealed the deal.

She remembers, “I just loved the way he could switch between being really silly and playful with the other dogs to wanting to sit and just hang out with you. He could be very playful, and he could also be really calm at the same time … it was a good fit. He is my first dog [and] I got very lucky.” 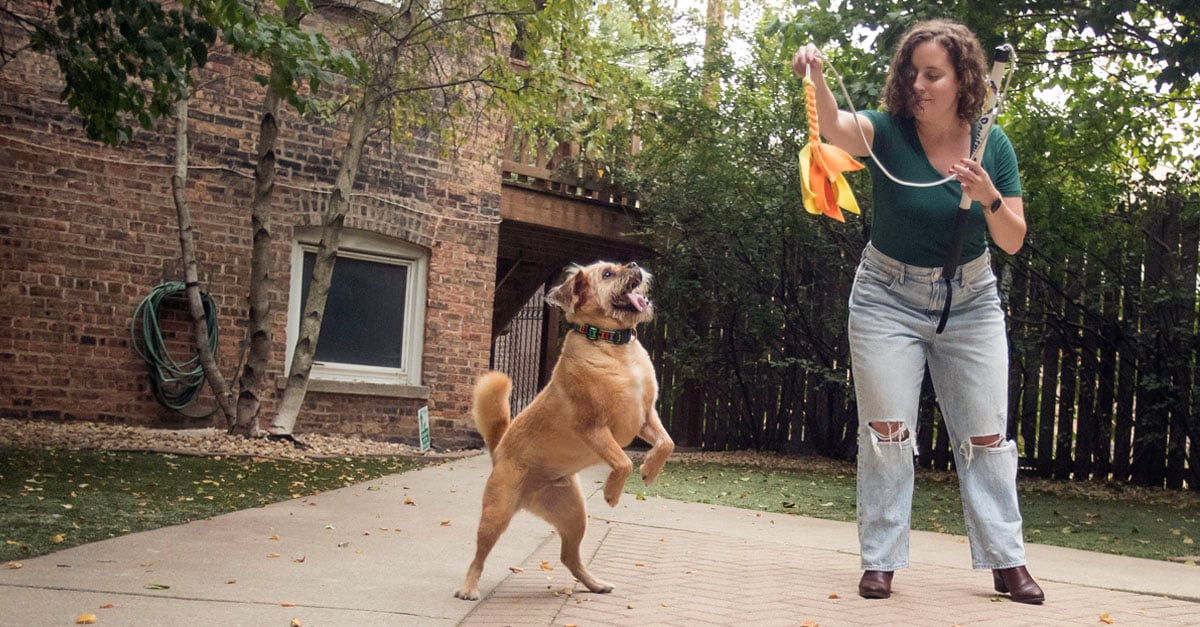 “When I got him, they thought he might have been in a home before, but it clearly wasn't the best home,” Karen recalls. “I researched all the things and got him the best dog bed, the best educational dog toy and all the different things—and he did not know what toys were. He didn't understand them. He didn't know what was up.”

Throughout this uncertain period, Griffin found comfort in things that reminded him of his new mom.

“The only thing he would play with for the first month that I had him was my bathrobe tie, because it smelled like me,” she says with a laugh. “So, I brought it to the park, and I would be in the park with the bathrobe tie.”

Soon, Griffin got more comfortable in his surroundings. Then, his personality truly blossomed. Karen was amazed at his friendly, loving nature.

“If you cough, he always comes to check up on you—usually by shoving his fur in your face, so then you cough some more,” she says with a smile.

Karen brought Griffin to a 4th of July barbecue to hang out with friends. Little did she know, one little mishap at this party would lead to weeks of worry.

Everything was going off without a hitch on the festive afternoon. Then, Griffin’s mischievous side got the best of him. Evading Karen’s sight for only a minute, Griffin got his paws on a chicken skewer—which he ate, happily, bamboo stick and all.

“I don't know how he got it down, but it was this big bamboo skewer with big chicken pieces on it…. The next day, he vomited a little bit, but he was fine. He was running around. He was eating, pooping, barking,” says Karen.

Over the next few days, Karen watched Griffin closely for any signs of injury or distress. Nothing seemed amiss. When it seemed like the coast was clear, she figured the skewer would break down or pass on its own. Things returned to normal. However, that feeling of calm was shattered over the next weekend at the family lake house.

A fur-ightful weekend at the lake house

“I went up for the weekend with my family and I got to bring Griff with me, which was really exciting,” she said. “I'm not sure what day it was, but he jumped up on the pier … and he hit his chest and stomach area.”

Immediately, Karen noticed a difference in Griffin. The spot that he hit was sore, and he would yelp if she tried to pick him up. Karen recalls Griffin getting very lethargic and not moving for six or seven hours. He didn’t seem interested in doing things he normally loved.

“He just looked so old and tired,” says Karen.

The next day Karen and her family took Griffin to the vet. The care team gave him a thorough exam and found an infection in a small lump from a cyst on his abdomen. The vet also did an X-ray on a lump on his side, but she found nothing conclusive. She drained the lump and prescribed antibiotics for griffin. His family was told to keep an eye on the cyst—which they did very closely.

“My parents love my dog, so now they're also monitoring my dog, like, ‘Okay, how is the lump? Where is it?’” she recollects warmly.

The lump that won’t leave 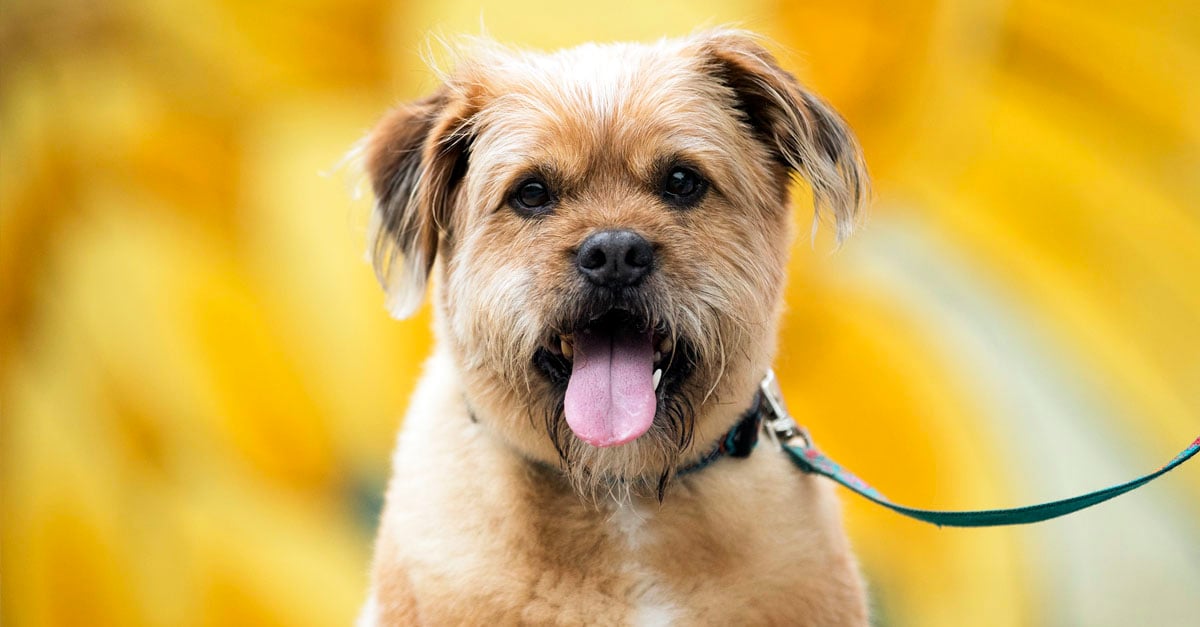 Unfortunately, the lump on Griffin’s side didn’t go away. Karen and her family noticed that it seemed to be getting bigger by the hour. Then, later in the day, it popped.

“He kind of like dive-bombed into the carpet—and he burst this lump,” Karen remembers. “And there was just blood everywhere. We get him on the porch and my mom keeps bringing me paper towels. I'm trying to get him to stay still, and I'm just holding the towel and he is completely unbothered. He's just chilling, but he looks awful.”

Shocked and frightened, Karen and her family brought Griffin to an emergency vet near the lake house. Unfortunately, they couldn't see him in until midnight, so Karen settled in for a long, stressful wait.

“We left the house at ten,” she recalls, “and just sat in the parking lot for a really long time.”

Griffin underwent a battery of tests. The cyst was drained, and after a few hours, he was sent on his way. Karen and Griffin headed back home to the city the following day. Not long after, she realized the lump was back.

The frightful cycle started all over again. Karen watched the lump closely and made sure that Griffin was comfortable. The lump grew and then burst again. Karen took Griffin to Higgins Animal Clinic, where they did a full examination and performed more X-rays.

Reviewing the scans, the veterinarians at Higgins saw that the cyst causing the recurring lump was very deep. It would require surgery to remove.

Griffin was dropped off at the veterinary hospital for surgery. Karen tried to go about her day as best she could. Then, a couple of hours later, the surgeon called earlier than expected.

Karen, thinking that something went wrong, was preparing herself for the worst. “The doctor tells me, ‘We get in to remove the cyst, and there is a skewer poking out of his side.’”

They reported that the wood had turned black and was poking through Griffin’s abdomen. No surprise that this had caused a pretty serious infection. Because it was bamboo, the skewer was never detected on any of the X-rays.

Higgins Animal Clinic didn’t have the equipment necessary to remove the skewer, so they carefully wrapped Griffin in layers and layers of bandages for a long 45-minute drive to another surgeon. There, Griffin underwent surgery. Luckily, the skewer didn’t puncture any internal organs, which could have been fatal.

Patched up, Griffin was sent home to heal. This time, the lump didn’t come back. In time, he made a full recovery and regained his spark. 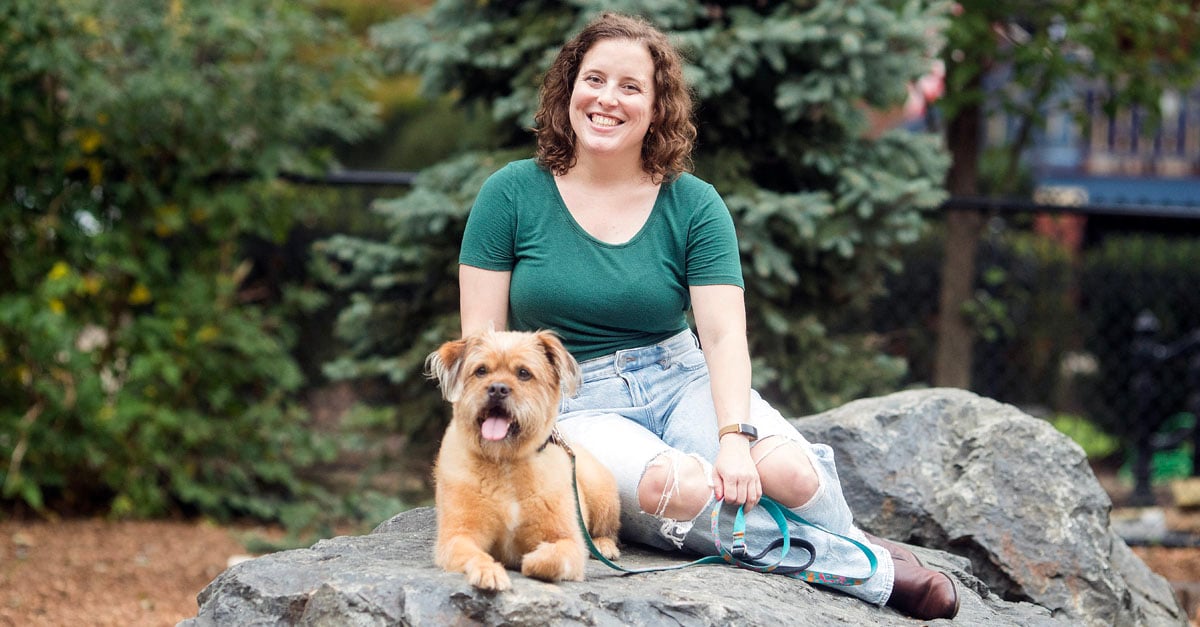 Karen is thankful for the help of both vet practices, but she especially loves how Higgins acted swiftly and made sure Griffin was okay for transport.

“They're really kind and really thorough. They definitely are very up front, they're smart and they're honest,” she says.

Fortunately, Karen was able to give Griffin the care he needed without thinking twice, thanks in part to her Nationwide pet insurance. During the scariest moments of her ordeal, her coverage allowed her to focus on Griffin without worrying about how much care would cost.

CBD for pets: Pros and cons

CBD has gone from a niche alternative to a widely used over-the-counter treatment in ...

If you’re old enough to remember where you were in 1982, then you’ll remember that’s the ...

Spring has officially sprung. For many people, that means adding a four-legged family ...

The popularity of apps and mobile devices has driven an explosion in new technology ...